Mikey finally made it to Europe! His direct flight from Atlanta to Paris was rather uneventful with the exception of that rough part when he made what he now surmises was an inappropriate reference to the film Airplane instead of simply declining the fish entree. (Yeah, by now he’s probably on an FAA watchlist somewhere out there!)

Anyways, French customs was a breeze and he took an oddly empty commuter train from Charles de Gaul airport to his hotel on Haussman in the city centre. As he couldn’t check in at 7am, Mikey left his bags and took a walk around the area.

(It’s quiet … a little too quiet!)
When one travels, he is bound to forget something. Mikey forgot to alert his bank to said travels and had 3 ATMs decline his bank card. So, always the crafty (albeit still euro-less) type, Mikey found a KFC from which he could steal wifi and convence his bank that he was indeed in Paris by reciting 3 of the 5 names of his childhood pet hamsters. (By the way, did you know that in addition to free wifi, KFCs in Paris all have touchscreen DIY ordering kiosks?! Didn’t buy anything, but thought it kinda fun.)

The Palace at Versailles is definitely one of the marvels of Paris. Still, sometimes the journey can be more exciting than the destination. Perhaps it all equalled out in the end this time. Let’s explain:

Having met his first travel ordeal and succeeded in withdrawing Euros, Mikey set off to the Palace at Versailles. Always one to pride himself on his navigation skills, he bought a metro/train combo ticket and began a rather tedious series of transfers between metro (subway) lines before finally reaching a commuter train station. He hopped on the first train that said Versailles and finally relaxed in a comfy seat and put in the earphones. Oops. 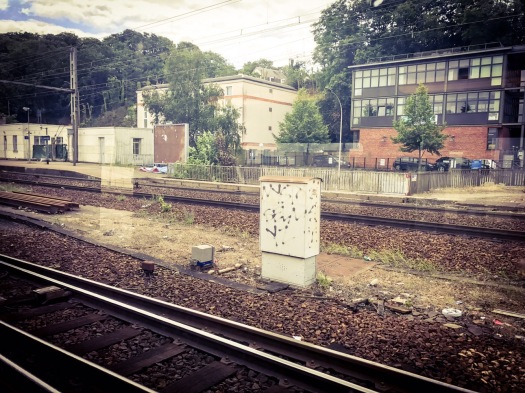 Next thing he knew, he had reached the end of the line and there was no palace in sight. (Guess who forgot about that last transfer.) So, when return train broke down and a new one had to be ordered from the yard, Mikey sat back in a drizzling rain for half an hour before finally managing to backtrack a few stops where he avoided the rain beneath a bridge and waited an additional 45 minutes for the correct train. 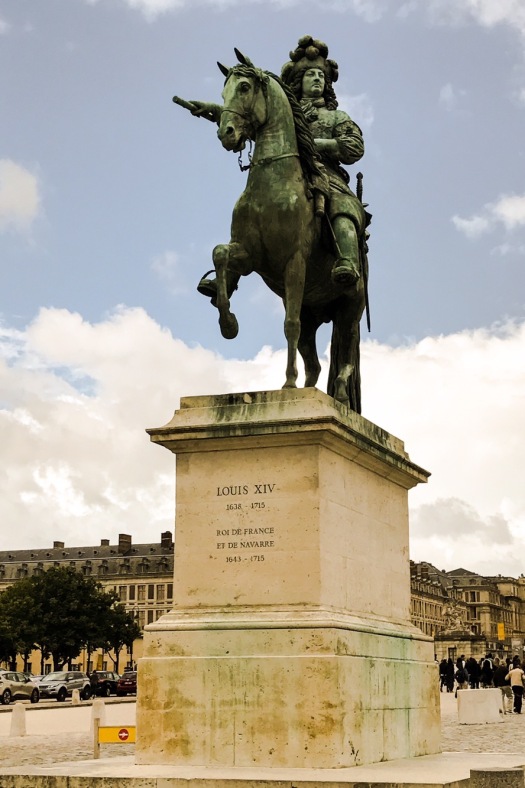 At long last, he arrived at Versailles and promptly got lost in the gardens. They really are amazingly grand and all was going well until a rainstorm came out of nowhere…

(It may be hard to see, but the trees – and Mikey – are blowing like crazy!)

On the bright side, once the rain stopped, everything was even greener.

There were definitely some amazing sights, but the actual palace was way too crowded to be enjoyable. (Above is the famed Hall of Mirrors.)

Still, some relative solitude could be found on the outskirts of the campus.

So, if going to Versailles, Mikey recommends that you 1) pay attention to your transfers! and 2) spend much of the time outdoors. There’s plenty of room to roam and the summertime fountain shows are pretty rad.