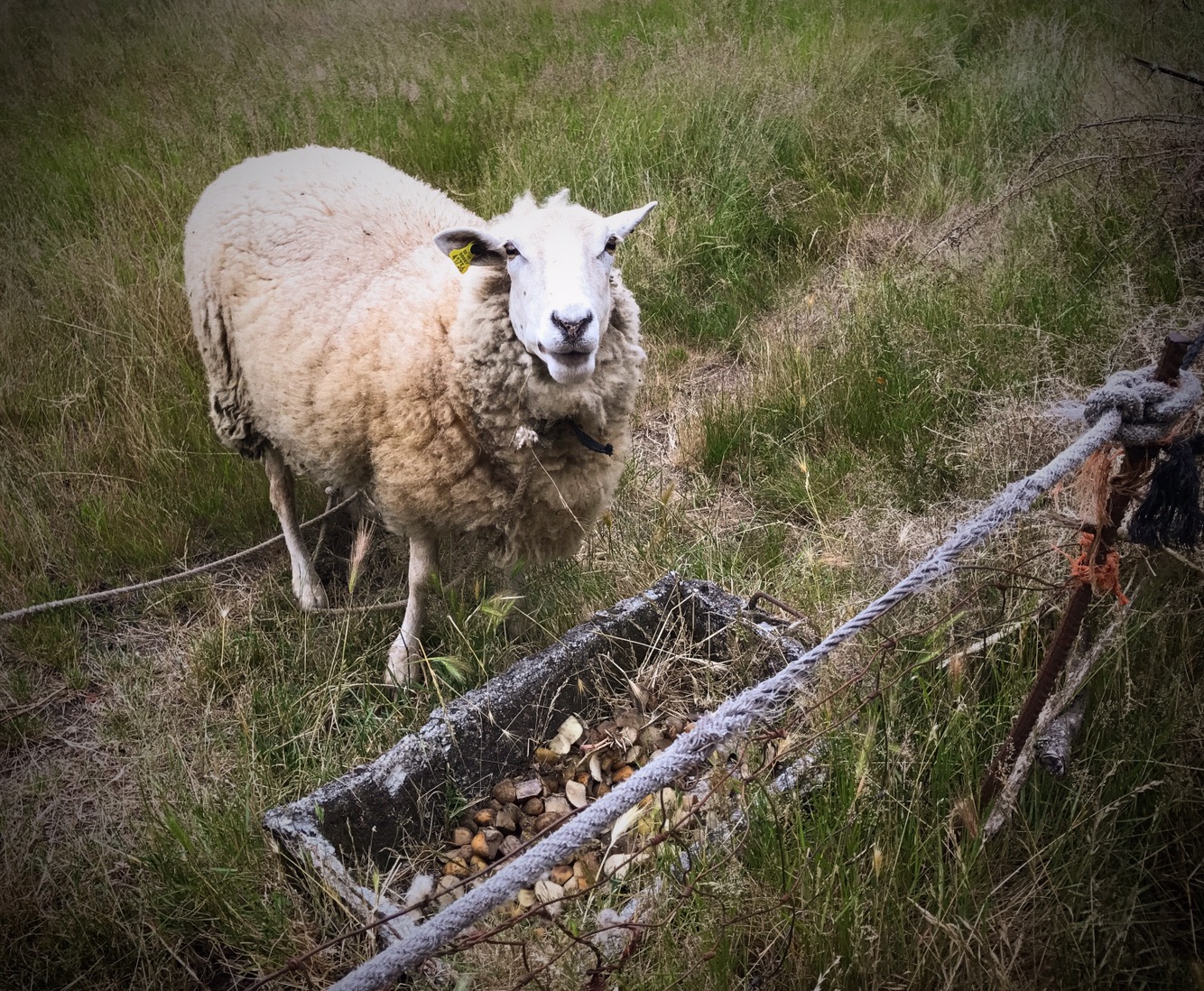 The band played on until 4. So, by 8am (the magical hour by which pilgrims must leave), Mikey was slowly trudging out the door.

First stop was clearly coffee and orange juice. Now forgive me if we’ve already spoken about this, but orange juice in Spain is an interesting affair worth mentioning.

In almost every bar/cafe that is open in the mornings, there is some type of citrus juicer. They range from the various simplistic designs to full operations that are as much art as machine. While the juice is rarely cold, it is amazingly fresh and addictive.

Still, out of this arise two oddities: first, the juice is often served with a side of sugar and, second, since it is called “natural,” anything from a jug or bottle is deemed “no natural.”

Following the much needed coffee break, we passed the 14th century Saint Albert’s Chapel. There is a sacred fountain in front of it where Mikey curiously watched a man fill a half dozen bottles. The sign said that it is responsible for countless miracles especially with speech problems, but Mikey didn’t notice anything special.

He did notice, however, that the Galician railroad tracks often use cement rail ties instead of wood. Jast saying…

And he met this really nice man who was walking his horse. Mikey greeted him and mentioned that it was a nice morning for a walk to which the man replied, “Oh, we really enjoy mornings like this.” Is it just me or is taking a horse for a walk a bit odd?

Or, for that matter, feeding a sheep potatoes? 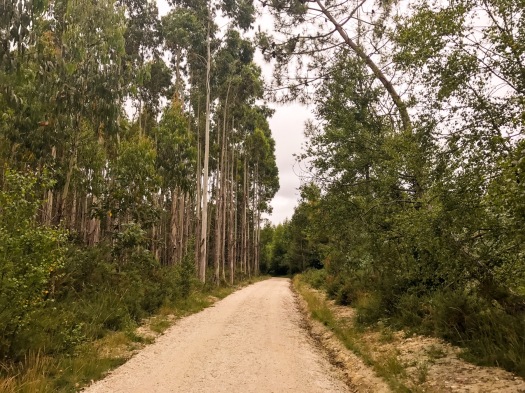 Anyways, it was indeed a nice day and the walk was mostly flat. This was a good thing as Mikey was back in sandals today. Still, with the exception of tomorrow, most of the hills are manageable without hiking shoes. Or, as Mikey likes to point out, the Saint wore sandals!

Speaking of whom, we noticed this statue and got a bit weirded out.

As today was a short day, we reached the town of Miraz by noon. Unfortunately, the pilgrim refuge where Mikey had planned on staying didn’t open until 2pm. So, we found the one tavern in the hamlet and learned that they had a private albergue attached. Mikey checked in, took a shower, relaxed and read for a while, and then walked around to the tavern for dinner.

Dinner consisted of a vegetable purée, steak, french fries, cake, wine, and coffee.  Not bad for 9€, but Mikey was too tired and forgot to take pictures following the first course.

We began to settle in for the evening and watched a  couple of shows on Netflix while catnapping in a lounge chair on the lawn. To quote the title of a Kurt Vonnegut anthology Mikey is reading, “If this isn’t nice, what is?”