With the exception of two loud pilgrims who were stomping around at 5:30 am, We were the first to leave the albergue just after having coffee at 7 am. Let’s face it – we can get an early start while still maintaining civility.

The sunrise was very beautiful this morning and it looked as though we would have a nice day ahead of us.

We soon surmised that nice or not, today would be a most colorful day. For quite some time we walked through forested hills along roads of rich, dark clay. After yesterday’s highway trek, this was most welcome. 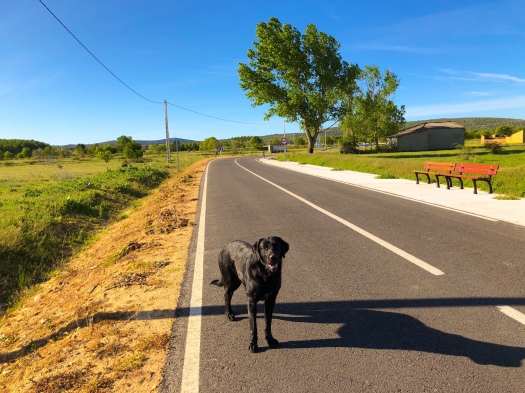 Oh, and then we met the welcoming party at the entrance to a small village. He was wet (seemingly from a dip in the nearby stream) and waiting for us at the bridge. Like a proper escort, this dog sniffed Mikey and followed about 3 feet behind him as we passed through the village. 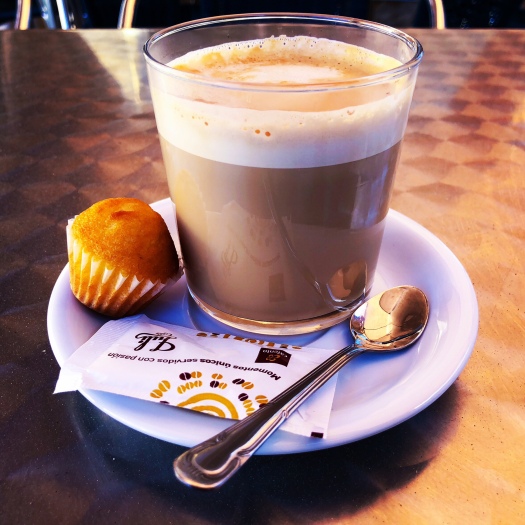 More out of curiosity than need for caffeine, we stopped for a coffee break. Yep – the dog stopped, too. Once we were finished he followed us to the dirt trail where the Camino resumed and waited for us to continue on our way. It could have been that he was just friendly or perhaps protective of the town, but Mikey did have some chorizo in his backpack. 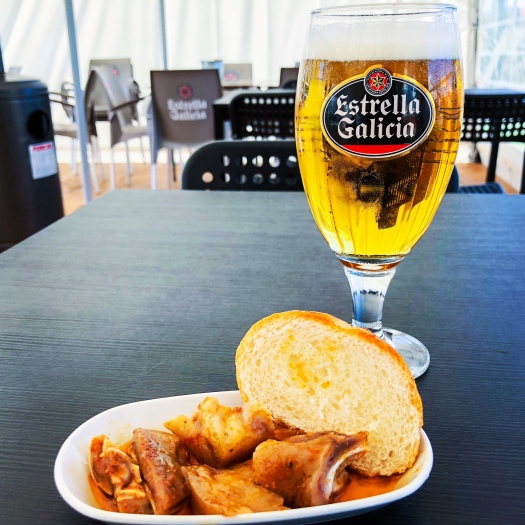 Speaking of dog treats, we saw a curious tapa being served in the next town and just had to try it. After clarifying with Google Translator that orejas really were pig ears, we decided to go for it. “A” for experience, but we’re not seeking them out in the future.

This was an interesting sight along the way. More common in the north of Spain, this is an underground wine store known as a bodega. As the ground insulates from the heat of the sun, the wine and anything else one stores within stays much cooler. Luckily it was closed as a wine tasting might have set us back on our marathon hike.

So imagine Mikey’s surprise when he started seeing double! This was a pretty interesting fork in the road, but if you look closely you can see the Camino marker pointing out the correct path. 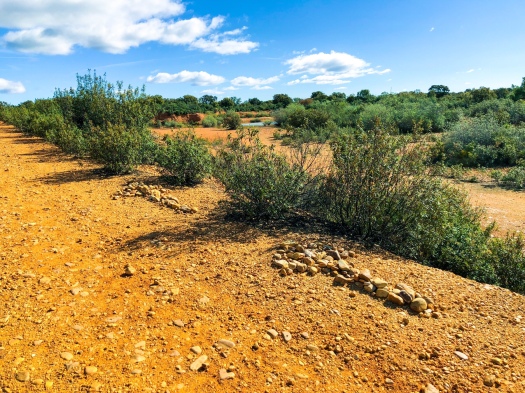 At times, however, there were no official markers and we looked for the rock arrows pilgrims before us had left behind.

It is amazing how quickly the landscape can change. Before too long, we were crossing bridges over the river Tera. There were even designated swimming areas along its banks, but we had too much ground to cover today. 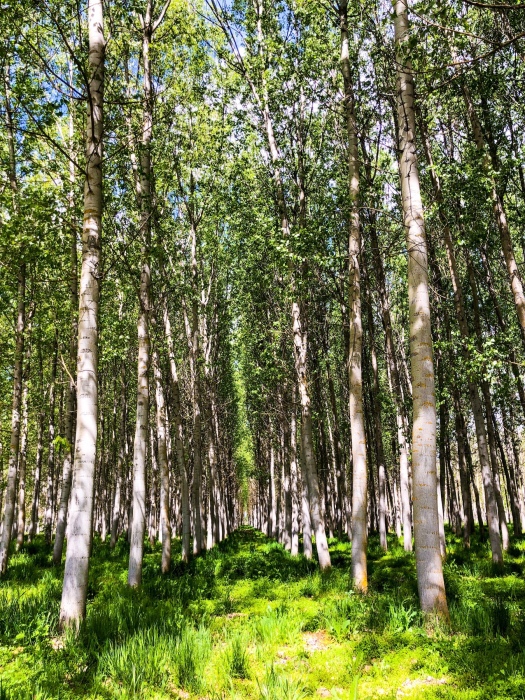 Soon, we entered a planted forest and were almost hypnotized by the tall and thin trees that soared into the sky.

This was also a pretty neat church that stood alone in the middle of nowhere. This was a bit odd since it was a few kilometers from the nearest village. 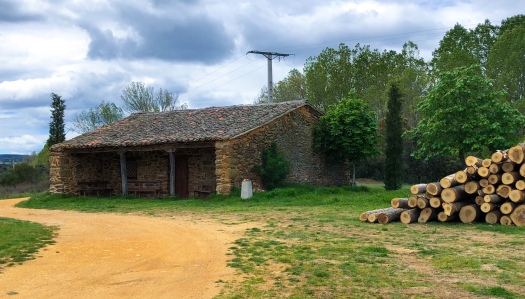 It also had a very rustic looking parsonage which was fully stocked with wood for the stove. Oh, but notice how the clouds are looking quite ominous again?

Ha – talk about looking ominous. We’re not really sure what this device was/is used for, but it was located right in the middle of a town through which we passed.

This was the last picture we took before entering Rionegro del Puente as it began raining on us at this point. Still, we trudged onwards to reach the town, our 53km goal, and dinner. 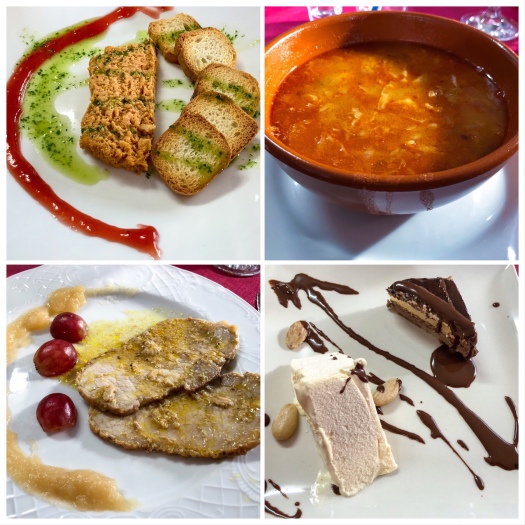 Rionegro has one real restaurant and it is something of a Camino legend. Operated by the local gastronomic society, Me Gusta Comer serves up gourmet four-course meals at the pilgrim price of 11€! It is always the chef’s choice with no substitutions, so we had a tuna pate, Galician stew, pork loin with orange and apple sauces, and a layered chocolate mousse cake with homemade ice cream. This was almost the highlight of our very long day. 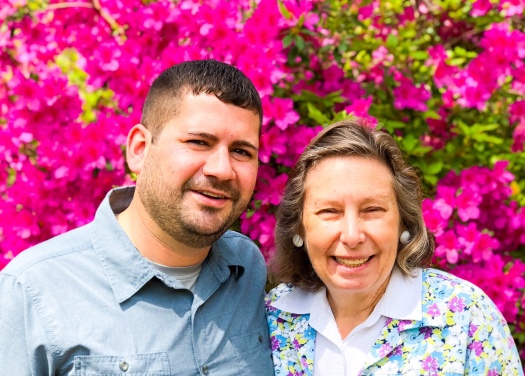 But … it was Mother’s Day and Mikey got to call both his mom and grandmother. Love to both of you and here’s hoping you had a wonderful day. ¡Feliz Día de las Madres!