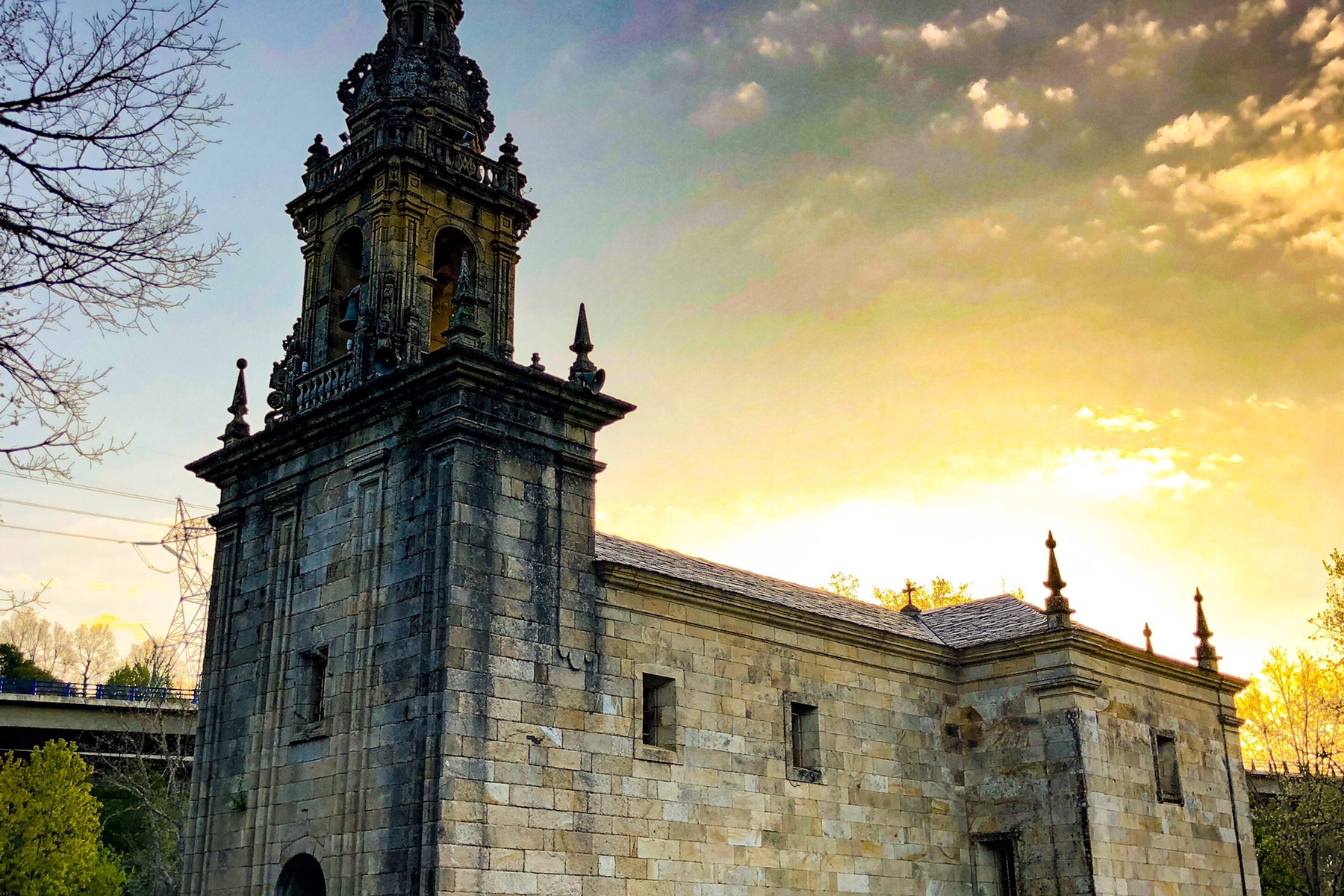 The town of Lubián was nice, but Mikey swears that the albergue’s Ikea bunk beds were assembled by the blind as even the slightest movement caused a violent swaying of the frame during which he feared being catapulted from the top bunk. Oh, and don’t even think about a trip to the bathroom after “lights out.”

But, we survived. In fact, it seemed like very few pilgrims were pleased with the accommodation as all were up and out by 6:45 am. Although we waited until 7 am to leave, we caught this beautiful dawn scene while walking through the town.

Next up was a brisk walk along the main trail out of town. Yes, “trail” is the correct description as not much gets paved in these parts.

The creek/river was flowing quickly with the before mentioned snowmelt adding to its fluid coffers. Sorry, but it was a bit too fresh for that swim we keep mentioning.

After a while, the trail thinned to a small path in the woods. After walking along roads and on very wide paths for the last month, this romp through the woods was a bit foreign. 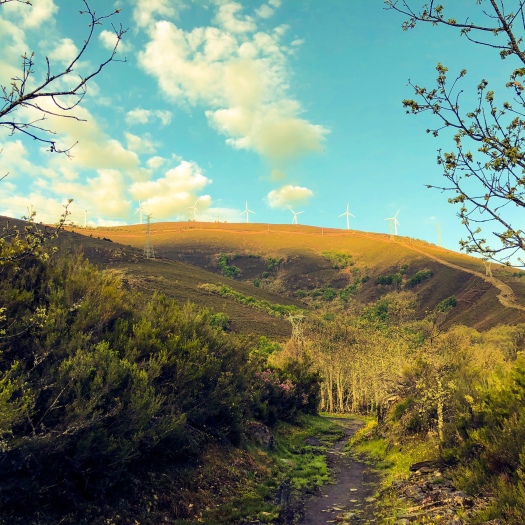 It was also steep. The views were nice and we watched the windmills for a while, but this morning’s hike was all about gaining elevation. 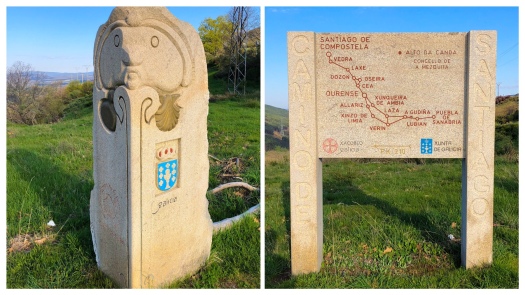 And then we reached Galicia! This is the fourth and final autonomous community through which our Camino goes. In case you forgot, we danced the flamenco through Andalusia, walked the wine regions of Extremadura, climbed the castles of Castile y Léon, and are now preparing for the seafood-rich gastronomy of Galicia.

Oh, before we forget – the Galician people have this weird obsession with monkeys. This was some random wall art that we saw in the first café upon entering Galicia. (Love you, Kerry!)

We rushed through a coffee break and set out for the trail again. Today’s sights are definitely beautiful, but our pace has slowed considerably as we had to navigate many footbridges and narrow, uphill paths. 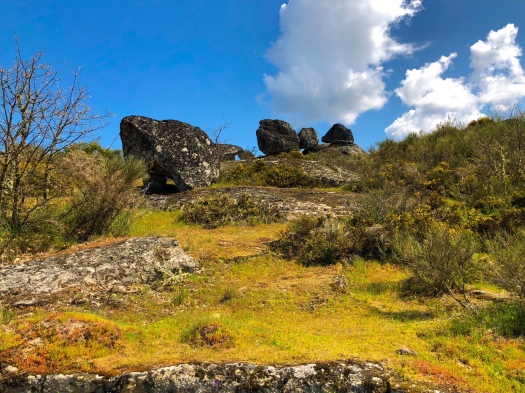 Hiking through boulder fields and over the rocky hills is challenging and quite picturesque.

Additionally, the harder climbs have spaced most of us pilgrims out to the point where we can take pictures unspoiled by other hikers. This is also a good thing since Mikey routinely lapses into Sound of Music numbers when climbing.

We finally reached the town of A Gudiña (which Mikey has sarcastically informed us is Galician for “the Gudiña”) and found the albergue. There were only two other pilgrims there, so it looks like we kept a decent pace after all. 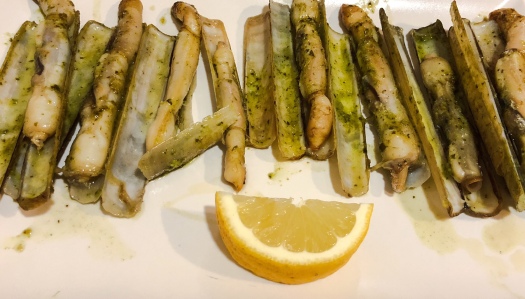 Speaking of good times, happy Galician Literature Day! Yeah, it’s a regional holiday and the local restaurants had their holiday menus in place of the regular ones. Ergo, we had Navajas a la Gallego or Galician-style Razor Clams. Very tasty. 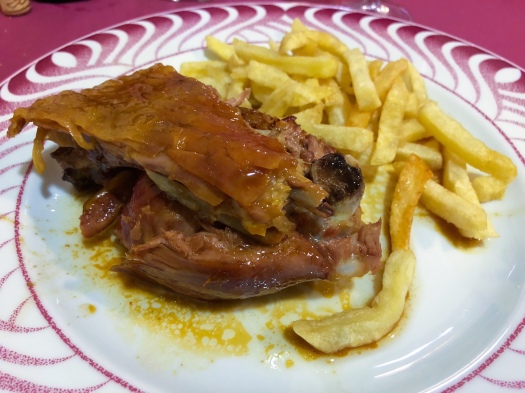 Then it was Cabrito or Roasted Baby Goat. OK, not going to lie – baby goat is incredibly delicious. Yes, they’re cute and silly and Mikey wants one as a pet, but they cook up real nice!

After such a heavy lunch, we laid down for some Netflix and siesta. Today was definitely a harsh 24km and tomorrow’s hike should exceed 35. (Let’s just hope its less intense of a climb.)

This “salad night” ritual following a big lunch is actually working out well. This one had lots of flavor and protein and was a welcome relief considering our meat and potatoes luncheon. That said, we should end this post and get to bed. Goodnight, dear reader. Hasta pronto.