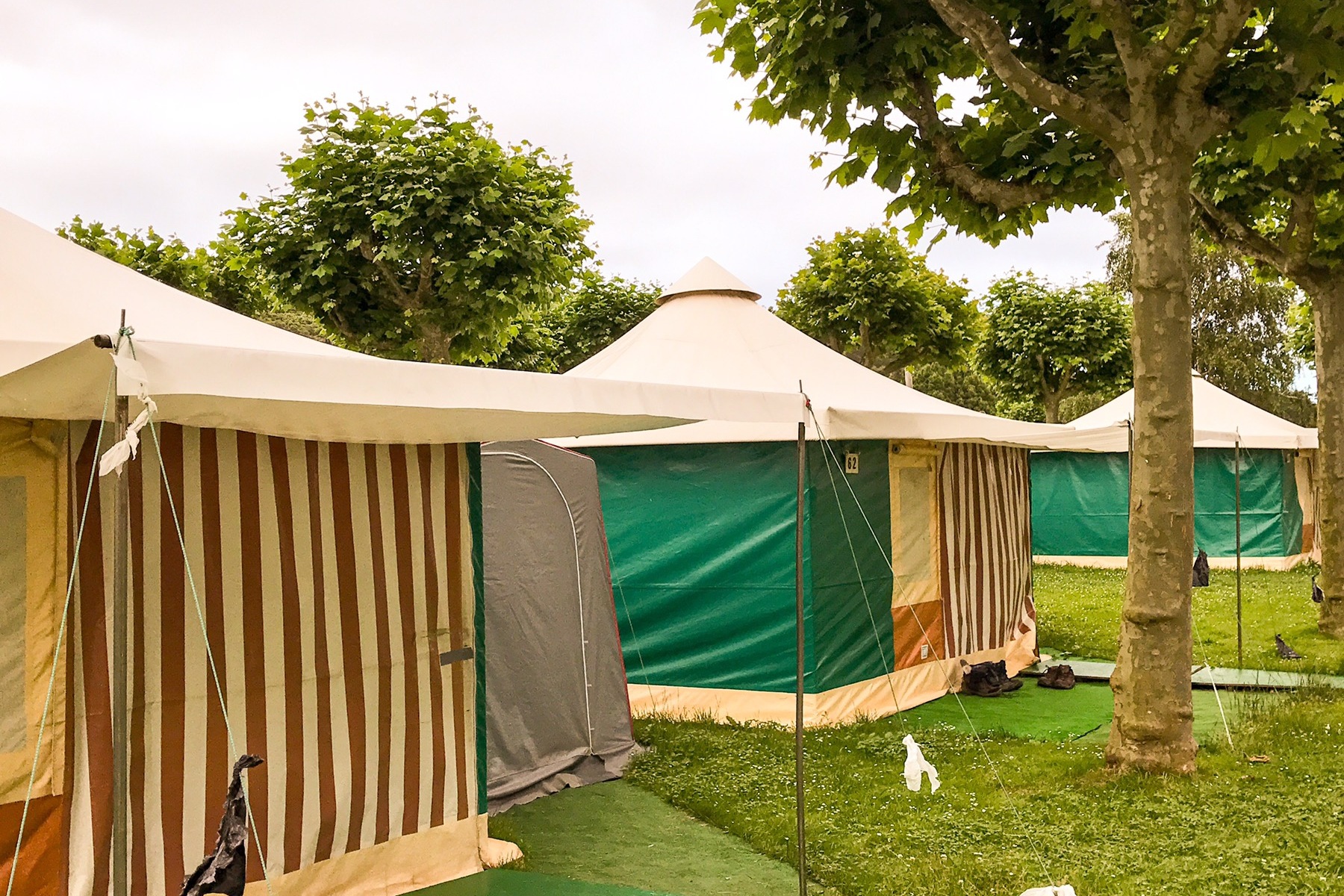 Mikey’s decision to hang back in Bilbao for a day of rest now necessitated his skipping ahead a bit in order to rejoin the Irish walking group as they had continued on the Camino.

A quick 20 minute bus ride from Bilbao to Castro-Urdiales got him back with the group and he only missed walking through an unsavory manufacturing section on the outskirts of Bilbao.

Castro-Urdiales is a bustling little coastal town to which Bilbaínos flock during the summer months. Located just outside the city, its a picturesque day trip away from the big city.

Unfortunately, Mikey had very little time to explore as he had to hike to Islares to meet up with the crew.

The Camino was pretty well marked today with some more creative types making personalized signs outside their houses. 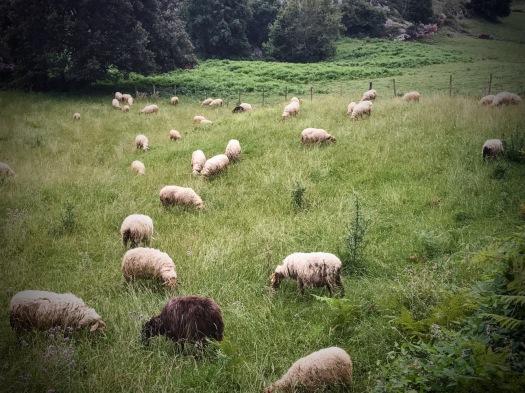 Speaking of personal, along the way, Mikey found his spirit-animal, although he was really more of a dark brown! 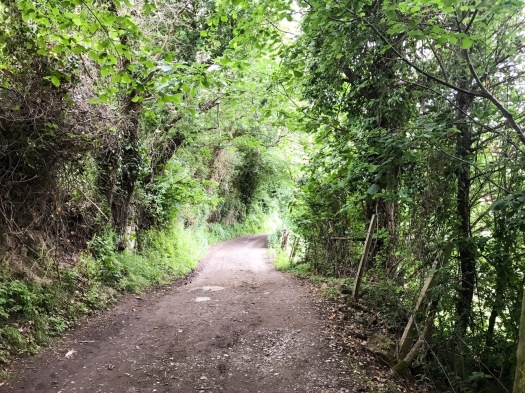 There was ample shade through many parts of the way and Mikey even met some nice locals: 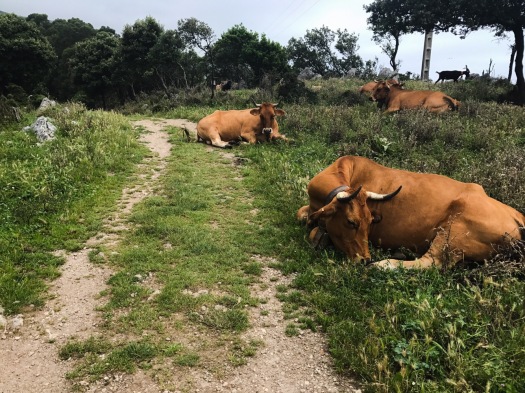 Ok, so this part was a bit nerve-racking as the ladies were lying right on the path! Mikey employed his calming “therapist voice” and spoke to them in Spanish. While he thinks this kept them from jumping up and trampling him, they probably could have cared less! 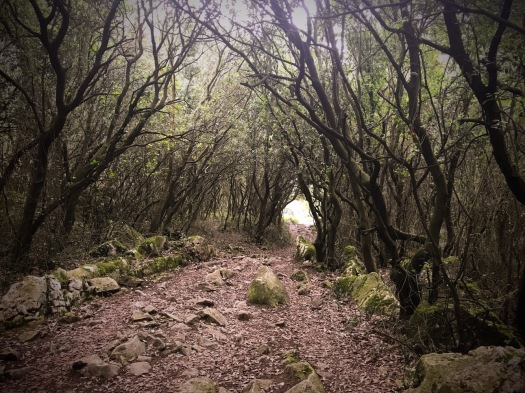 At one point, the trail narrowed and became a little eerie. Then, we emerged from the woods and were met with this: 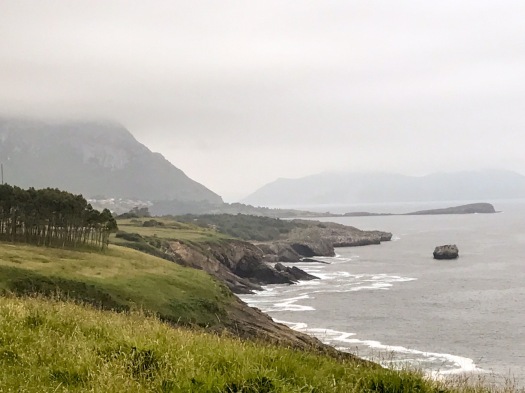 CANTABRIA!!! Having left the Basque province, this was the first real glimpse of the province of Cantabria and its truly dynamic coast.

So, Mikey walked along the coastline for some time and had just passed a campground when he heard someone calling out his name. Yep, the Irish had selected Camping Islares to pitch a tent for the night. 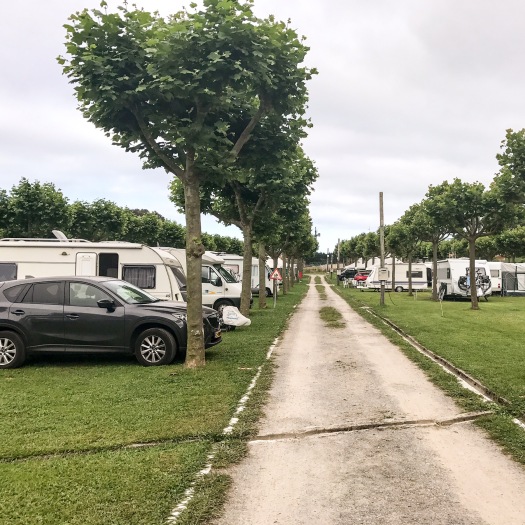 This is the Gran Via where really posh campers square off to impress each other with their latest “glampware.” (As in glamping or glamorous-camping. Get it?!) 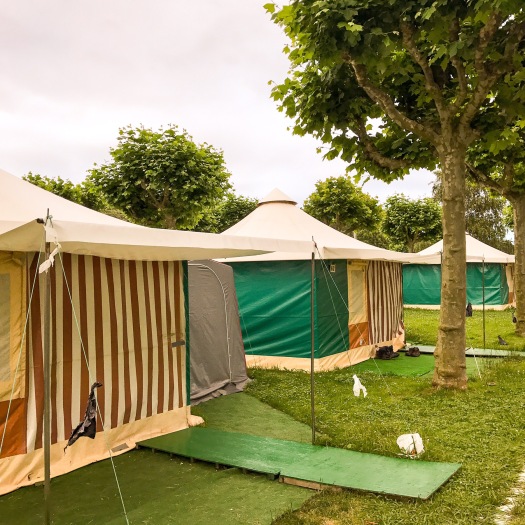 Anyways, site 62 was all set up and we spent an interesting night at Camping Islares.

While the campsite may not seem impressive, this was the view from just past the camp restaurant. Yep, that’s a private beach on the Northern Atlantic. Pretty neat for a 10€ camping spot, no?

And of course Mikey found the local watering hole. The bartender was a but cocky, but he did think that Mikey was Spanish and was truly surprised upon learning the truth.

Mikey was equally surprised when this arrived: 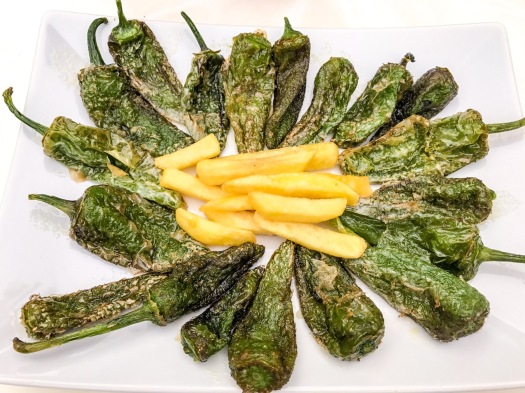 But, if the peppers don’t convince you, one last look from the campsite should! Goodnight Islares – on to Laredo tomorrow.