We woke up a little late (6:30am), but well rested after a night at Camping Islares. After packing up, we headed out on what would be a mostly inland route. 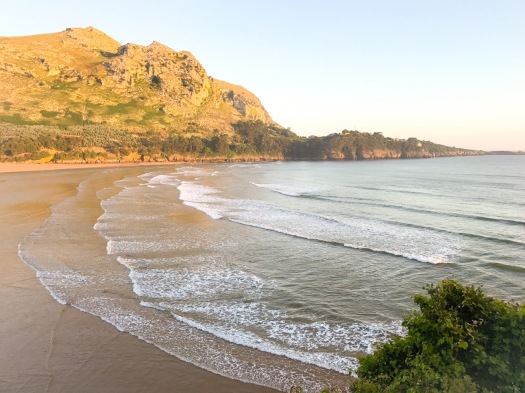 Still, the path led by the beach for just a bit so that we could snap a few parting pictures.

Spanish infrastructure can be very impressive. We got to walk under this section of a national highway and marvel at  its size. 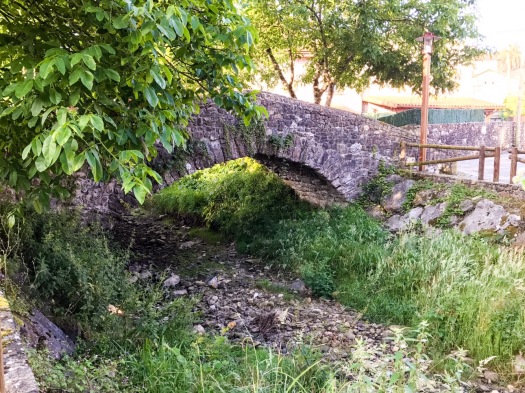 Still, most Spanish bridges we would encounter were more on this level.

​Although Mikey skipped breakfast, he enjoyed watching this cow enjoy hers.

Just a quick stop for a photo. 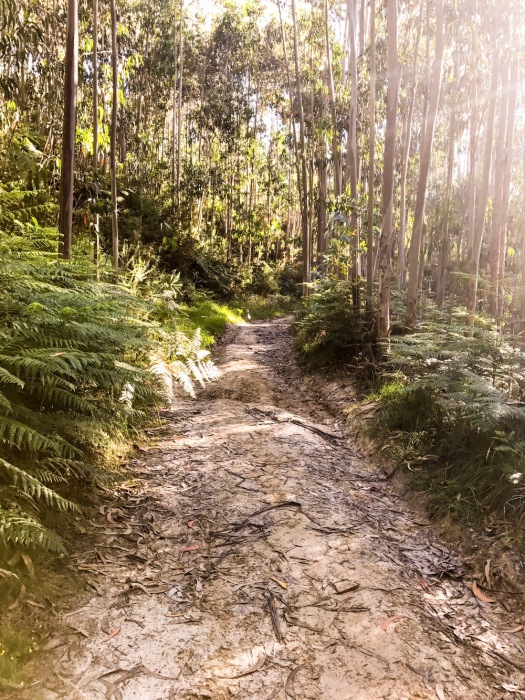 The inland route meandered through quite a bit of forest and farmland. Although not quite as dramatic as some of the coastline trails, we enjoyed a lot of shade while hiking uphill.

During a quick stop to refill water bottles, Mikey got all excited about this sea serpent fountain that just gushed out water. It was probably both the most creative and forceful fountain he’s encountered thus far. 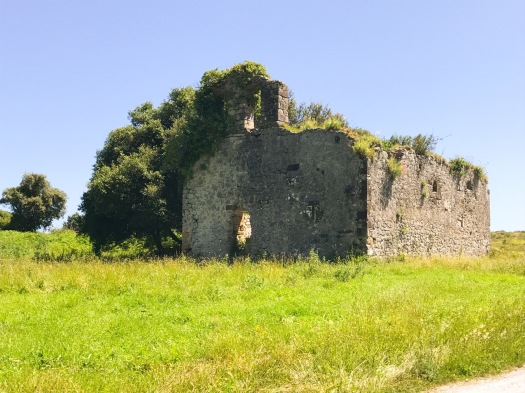 But, speaking of gushing, we really fell in love with the ruins of the San Julian Hermitage (9th century CE). For you non-math majors like Mikey, that’s about 1200 years old! 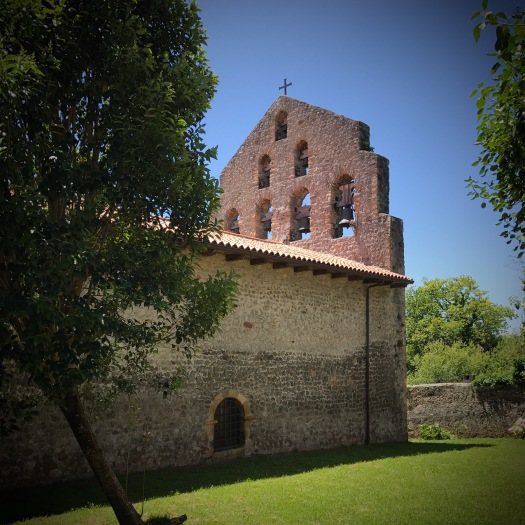 As we got closer to Laredo, we also found the 11th century Church of San Martin. It’s definitely in better condition, but (like many country churches) wasn’t open for visitors.

Meanwhile, Mikey’s Irish hiking companion found a much needed bath! Talk about the luck of the Irish…

Oh, and excuse the Terminator look, but someone lucked out in finding this great view at the edge of a field.

At long last, we reached the beach town of Laredo. Mikey really didn’t expect such a picturesque vista, but the town was surprisingly wonderful.

Unlike some of the tourist beach traps we’ve passed through, sporting the EU, Spanish, Cantabrian, and city flags, the resort town of Laredo services mostly Spanish vacationers.

But, even before reinventing itself as a modern beach getaway, the sea had always played an integral role in the local economy. These modern statues pay homage to the past whaling and fishing industries which supported the populace.

Less known, however, is the early religious history of Laredo. Dating back almost 800 years, the town was founded by royal charter thanks in part to its already present monastic communities.

Perhaps it is fitting, then, that Mikey decided to spend the night in the 16th century Convent of San Francisco.

The convent (and the nuns) was very nice. The sisters also liked that Mikey was able to translate for some pilgrims who were unsure about staying the night. He wasn’t trying to earn a commission, but happened to be in the reception room on his way to the laundry room when “the sale” went down. 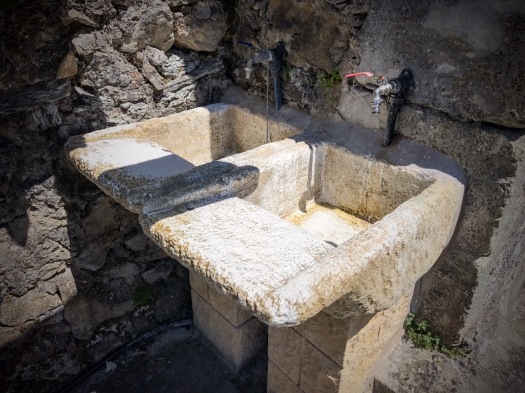 Oh, and this was the laundry room! Pretty basic, but it got the skivvies clean.

Yeah, washing by hand in a stone sink isn’t the greatest, but tomorrow night’s albergue has washing machines, so maybe a more thorough wash will be possible.

Following a shower and laundry, it was time to wander around the old town for a bit. Apparently, Juanna “La Loca” (Juanna the Mad, King Ferdinand’s crazy daughter, spent a fortnight here in 1496 before sailing off to meet her new husband in Flanders.

And Mikey “El Loco” stumbled upon a Flamenco exhibition in the town square. Pretty interesting and definitely unexpected. ​ 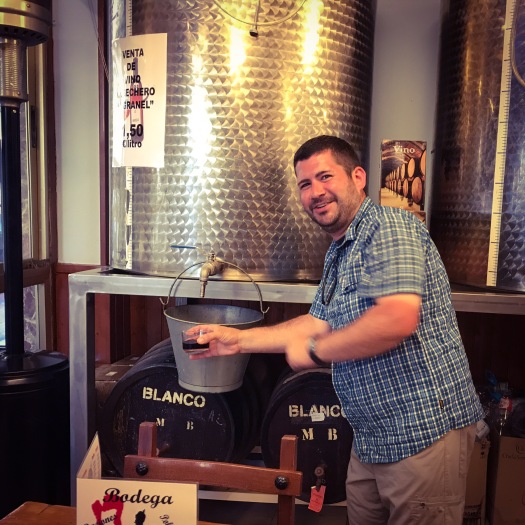 Oh, and so was the downtown winery that we found!

After much exploring, we finally had a bon voyage dinner with one of the Irishmen before literally running back to the convent before the nuns locked the doors.

Yep, that was Laredo. We’ll talk about the endless walk along the beach and the Camino version of a time-share hard sell tomorrow. Until then, goodnight!