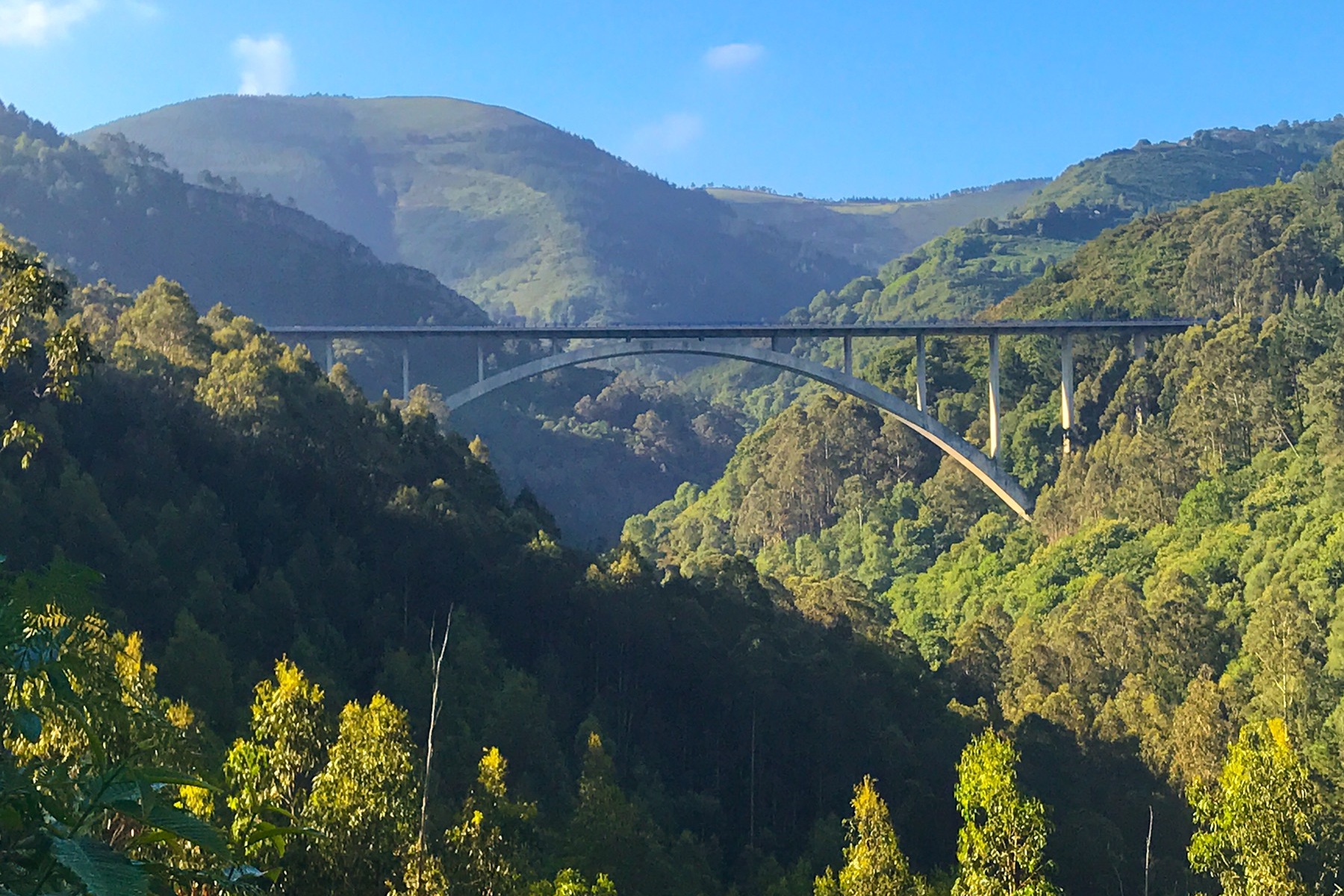 Today was a double day of walking. This is to say, we basically planned on getting up before 6am and walking for two shorter stages before turning in to an albergue. It almost worked out great!

5:45am and Mikey was on the road. He thought it a bit bizarre – almost like nighttime apartment moving or skipping town just one step ahead of the law.

Although most of the path followed a highway, it veered off at times “into the woods” (and yes, Mikey sang a few bars each time.) 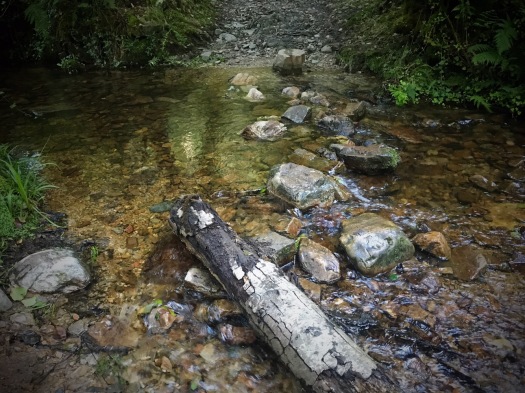 Some parts were a bit dicey such as multiple creek crossings. Yes, it looks easy, but when your 25lb backpack shifts along with a rock… Let’s just say that a similar crossing was the only time one of us fell last year.

The views were amazing. This is a section of the A-8. It’s part of the Autopista network of toll roads in Spain. You guessed it – the toll roads get the really nice and high bridges.

On one excursion away from the highway, we caught a glimpse of the ocean. Honestly though, these excursions took a long time and were mostly huge descents followed by seemingly steeper ascents. 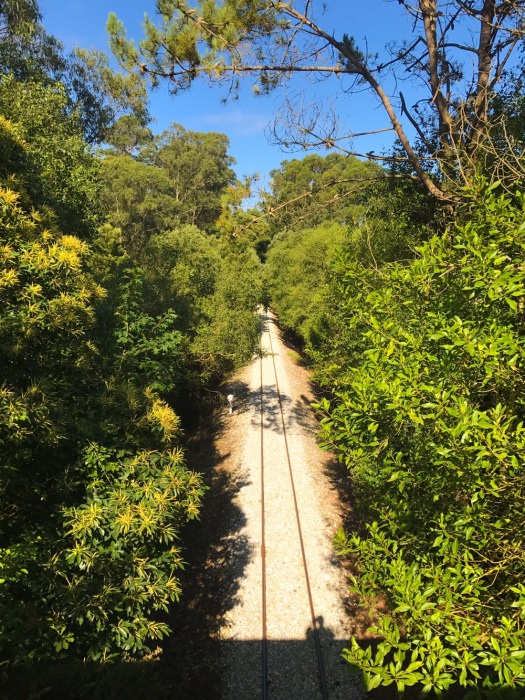 Oh, and where are the cross-ties on this train track? Just wondering.

It really is interesting how many styles of bridges one can encounter on a day’s walk.

We were now well into the second day’s worth of hiking and the highway was really getting monotonous. Oh, and it was hot – very hot. 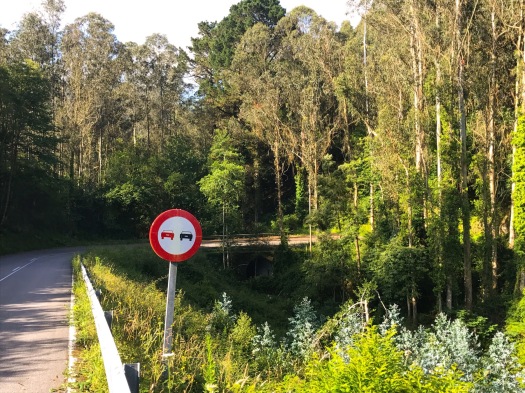 At this point, Mikey was just trying to get through the almost 40km we had set out to walk today. Oh, and for those of you who are keeping count – that’s 45km yesterday and almost 40 today. 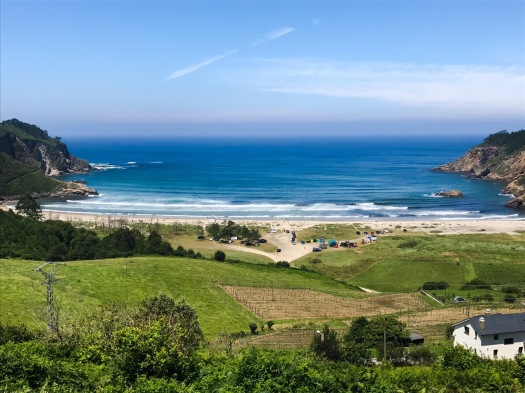 Towards the homestretch, we got to enjoy a beautiful beach scene for about as long as it took to walk past it with cars zipping by on our other side. Grrr. 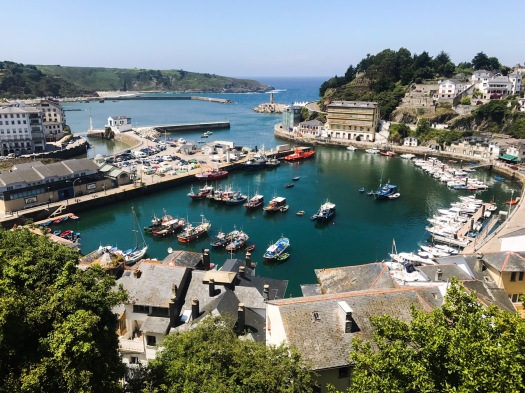 Well, we finally made it to the picturesque seaport of Luarca. This is a popular vacation spot on the border of Galicia. The only problem is that it was too popular. As in, there were no vacancies at the albergue, pensions, hostels, or moderate hotels. Given the option of a $180 resort hotel room or a $3 bus to a pension in the next town over…

Mikey arrived in Ribadeo a little while later!

Hello Galicia! Oh, and to celebrate? Our pilgrim found a 20€ hostel, took a shower, and turned in early to soak his feet and watch reruns of “Pawn Stars” badly dubbed into Spanish. Oh well.