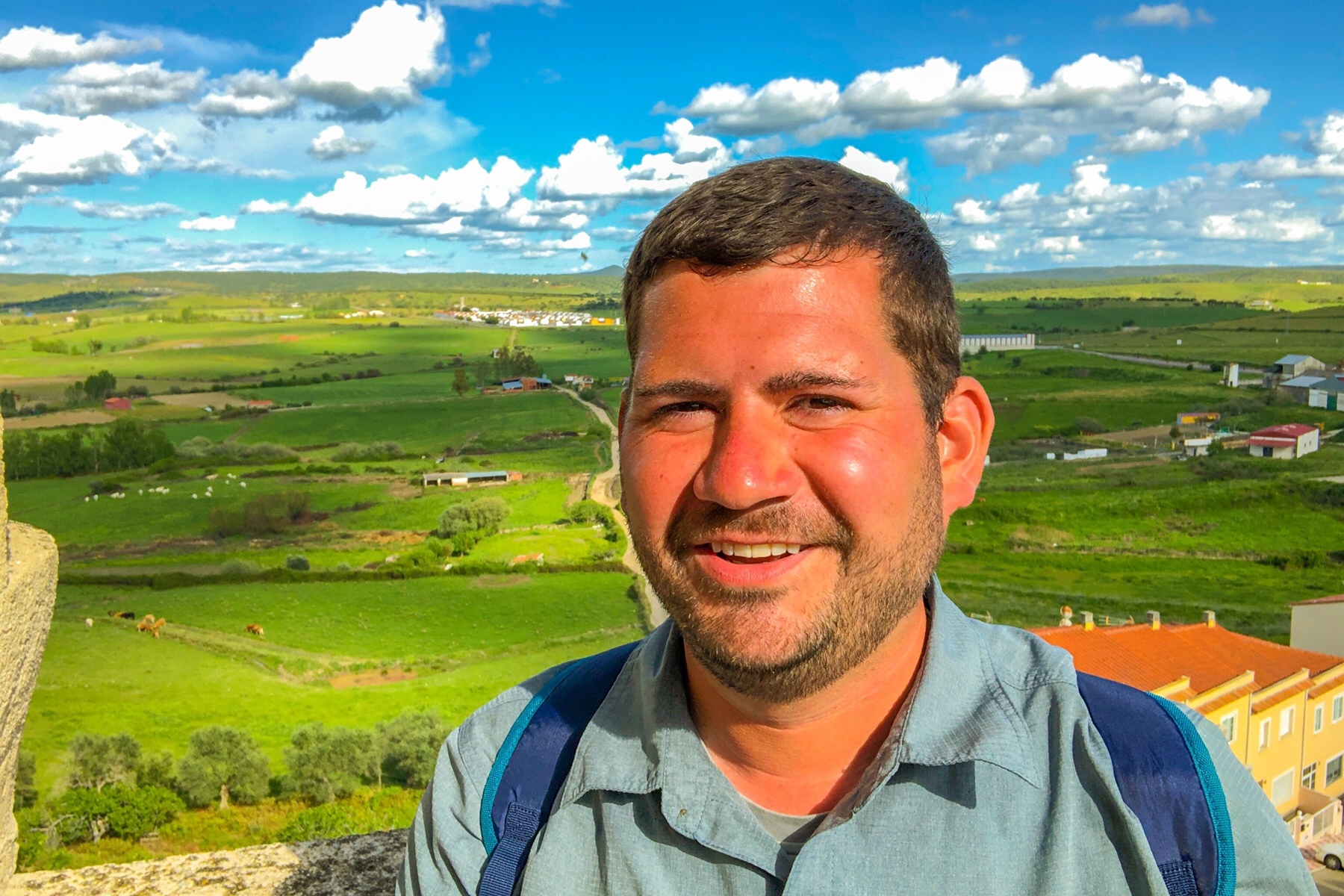 Now we’ve been locked out of albergues in the past and have had to get someone to let us in after lights out, but this morning we were locked inside the hotel. After such a tiresome and rough day of walking on asphalt, Mikey decided not to set an alarm and we didn’t leave the hotel until almost 9 am. Oops. The only rub was that the hostel manager thought that everyone was already hone and locked the main doors. So, we had to wait for him to return and let us out. 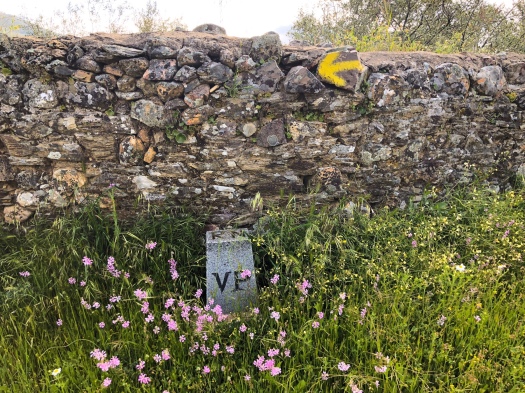 The initial way was a bit hard to find as the markings were few, but we finally got our bearings. Then came the interesting part. According to the guidebook, we were to traverse the parking lot of a strip club and then walk through a wooded area before entering a field. We were also warned that the occasional bull might be in the field so to check before entering.

Well guess who was absent the day we covered animal husbandry? While initially believing the coast to be clear, we were well into the field when we noticed that one of these was not like the others. Suddenly Mikey began to tiptoe with a stealthy quickness somewhere between sneaking in past curfew and navigating a full on minefield. Guess who totally ignored us?

Now these jokers kept messing with us. As we walked away from them, they followed right behind us. But, every time we turned to take a picture, they would turn away. Jerks.

This was just a nice looking dam. Yes, we had to hear all of Mikey’s juvenile jokes for quite a while. Oh, dear reader, if only you knew how much we censor for you! 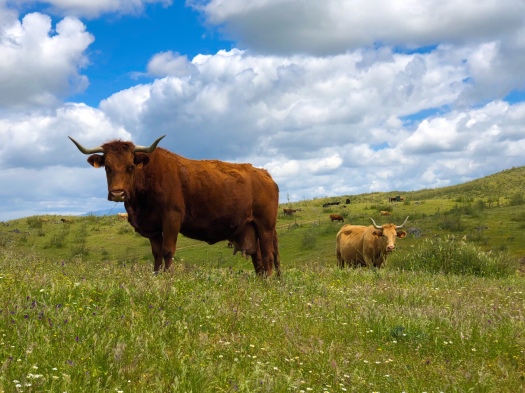 And that’s not a load of bull- as you can see, this determined cow has some pretty hefty udders. Seriously though, one of Mikey’s favorite aspects of the Camino is getting away from the known safety of our normal lives and stepping out into the less known. Yes, we have learned the difference between a heifer, cow, bull, and steer, but actually walking through their pastures with no fence or guard between us and them is quite amazing. OK, so maybe it’s not quite a safari, but there’s definitely an unnerving aspect to it. 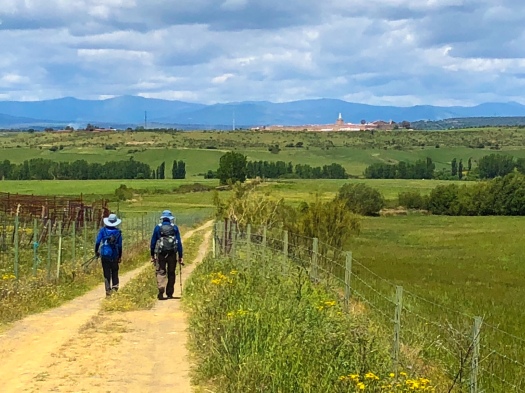 While not necessarily unnerving, early sights of the “Emerald City” (i.e. whatever our destination for the day) can be annoyingly misleading. Mikey thought his pedometer was off when he calculated that we still had an hour’s walk to reach a skyline we could almost reach out and touch. 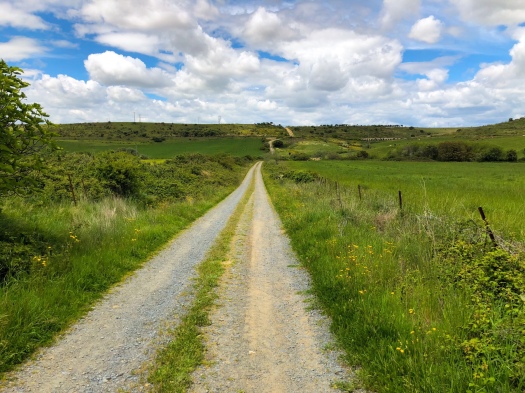 But it was true. 20 minutes later we had totally lost the city and were climbing steadily up a sharp incline with no Galisteo in sight. 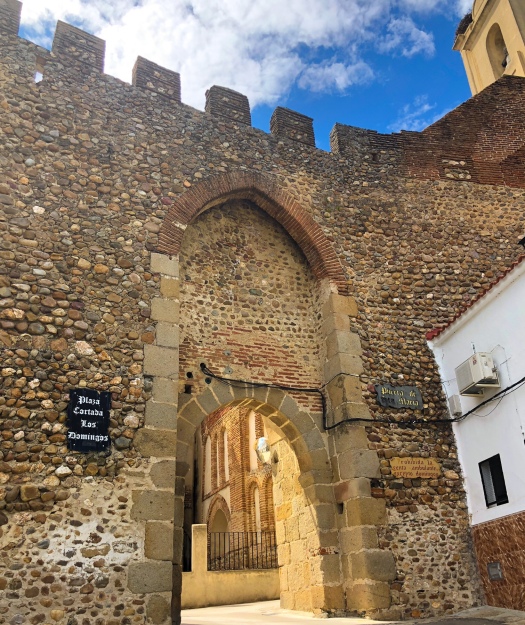 At long last, we reached the walled city of Galisteo. Originally a Roman waypoint for messengers, it was taken over during the Moorish Conquest in the 8th-century after which it was fortified with a walled perimeter.

Yep, you probably saw this coming. It you put Mikey in a walled city, he’s going to try to climb up and walk around the top of it. (We did speed it up for you.) 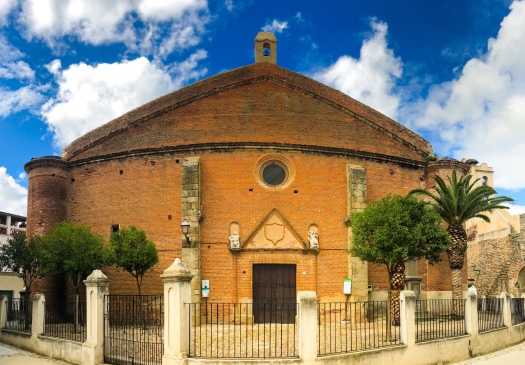 Originally a Moorish building with separate bell tower, the current church building was consecrated in the 12th-century or so and was added onto in subsequent centuries. However, due to space constraints and original layout, this is one of the very few Spanish Catholic churches of this era whose altars do not face east. 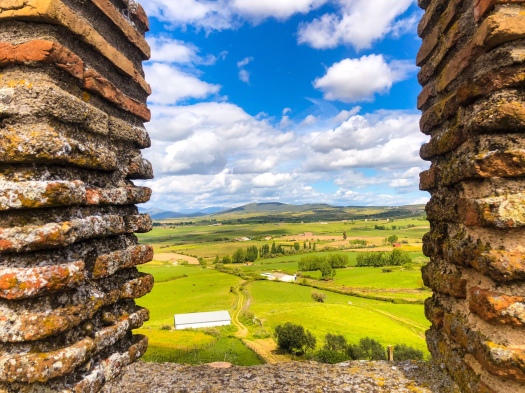 We’re not sure which direction this is, but the views from up high along the top of the wall fortifications are amazing. Much of what can be seen is terrain over which we hiked today. 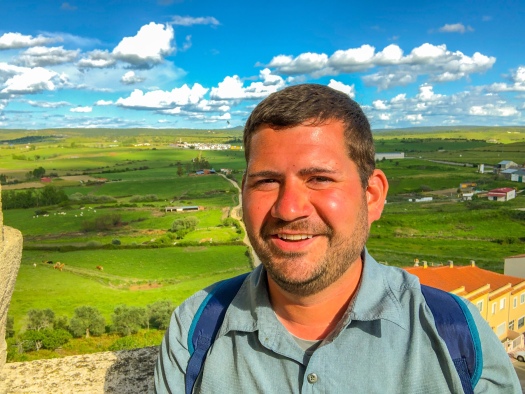 And here’s a picture of our very sunburned pilgrim. Gotta say, for all his complaints, Mikey is actually mastering the selfie! (Yes, this is for you, Mom.)

Selfie pictures are one thing, but it seems that our protagonist hasn’t yet mastered the “walk and talk.” He does try to play off a personally uncomfortable situation, though.

After that run in with the bees, we quickly made our way down and headed out to dinner at an inn outside the city. The salad was refreshing and this was probably the best pork loin and fries that we’ve had in Spain. No, like it was really good.

After that, it was time for bed on a top bunk tonight. Funny how we always fought for them at camp, but now loathe them after a 20+ mile hike. Buenas noches.